Somso Fertilization And Development Of The Human Ovum Up To The 3rd Month , Set Of 16

SKU: MS47
Rating:
The Fertilization and Development of the Human Ovum up to the 3rd Month Marcus Sommer SOMSO Modelle.

During each normal menstrual cycle, one egg (ovum) is usually released from one of the ovaries, about 14 days after the last menstrual period. Release of the egg is called ovulation.

Development of the Blastocyst

Between 5 and 8 days after fertilization, the blastocyst attaches to the lining of the uterus, usually near the top. This process, called implantation, is completed by day 9 or 10.

The wall of the blastocyst is one cell thick except in one area, where it is three to four cells thick. The inner cells in the thickened area develop into the embryo, and the outer cells burrow into the wall of the uterus and develop into the placenta. The placenta produces several hormones that help maintain the pregnancy. For example, the placenta produces human chorionic gonadotropin, which prevents the ovaries from releasing eggs and stimulates the ovaries to produce estrogen and progesterone continuously. The placenta also carries oxygen and nutrients from mother to fetus and waste materials from fetus to mother.

Somso Fertilization And Development Of The Human Ovum Up To The 3rd Month , Set Of 16 has a rating of 0/5 based on 0 reviews. 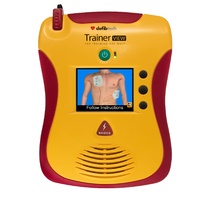