The instructor selects from a menu of heart and lung conditions by wireless remote control.

The manikin presents itself as a real patient without visible auscultation sites. The student must palpate to identify correct auscultation locations, and will hear different heart and lung sounds as the Smartscope™ is moved to different locations on the manikin. A diagnosis of the condition selected by the instructor can be made by comparing the variations in sounds occurring at different sites. Just like a real patient!

Lung sounds can be detected at five anterior, 10 posterior, and two midaxillary locations. Students can practice auscultation at six anterior heart sites. The remote control does not have to be pointed directly at the manikin or SmartScope™ to operate. One remote control will operate all SpartScopes™ within a 100 ft. range.

Great for group instruction. Listen to the sounds by either using headpieces on SmartScope or by connecting to an amplifier/speaker (included). Range on the unit is up to 100 ft. of remote access. Includes manikin, one remote control with LCD display, one SmartScope with single- and dual-user headpieces, one 30-watt amplifier/speaker system with speaker and wire connections, and hard storage case. Smart Scope operates using two “AA” and two “AAA” batteries (included).

By reproducing various symptoms, supports practice of auscultation with a feeling of being in a clinical situation. Sakamoto Auscultation Simulator reproduces life-like cardiac sounds and breath sounds of patients with a computer. It is an educational model designed for improving the auscultation skill in which characteristic cardiac and breath sounds in various diseases can be distinctly heard with a stethoscope by checking their sites.

Practice can be repeated anywhere including the hospital, school, seminars, and home. It is an instrument for medical education that also serves for improving the skill of in-the-field auscultation of emergency first responders. Recommended for overseas and domestic medical educational organizations and training centers.

*The personal computer is not included.

Sakamoto Auscultation Trainer has a rating of 0/5 based on 0 reviews. 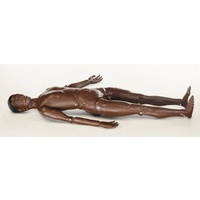